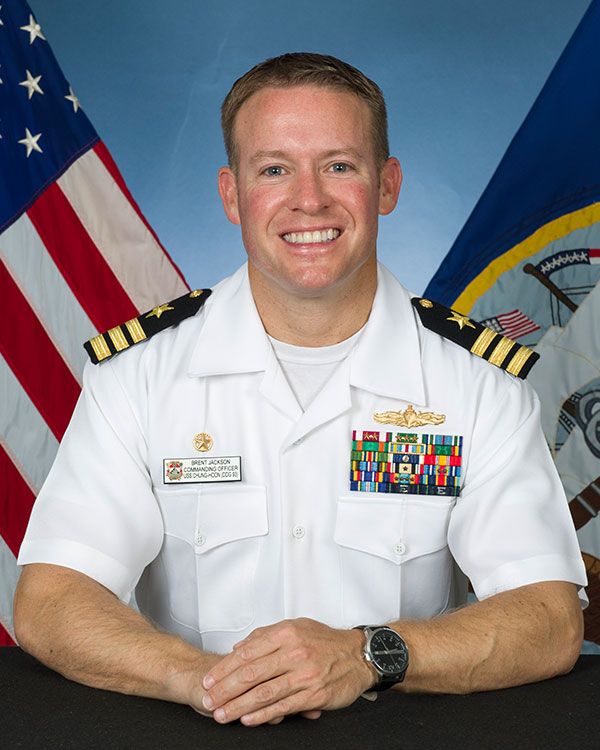 Brent was inspired to join the Navy because of his two grandfathers who both served. In his early deployments, Brent demonstrated outstanding leadership skills as an officer in various roles on naval ships in the Pacific. Brent was then deployed to the Middle East, where he conducted joint anti-terrorism vulnerability assessments of military sites all over the region, including Afghanistan. Returning to shore in 2007, Brent served as a cruise missile tactical qualification officer and earned a Master of Science in Global Leadership from the University of San Diego in 2009.

In May 2018, Brent took command of the USS Chung-Hoon (DDG 93), a 510-foot guided missile destroyer with a crew of 364. As the ship’s captain, this was his seventh overseas deployment. He completed this assignment in 2019, and in 2022 earned a Master of Science in National Security Strategy from the National War College. Brent is now working in the Joint Operations Division, Central Command Desk, on assignment with the Joint Chiefs of Staff at the Pentagon.