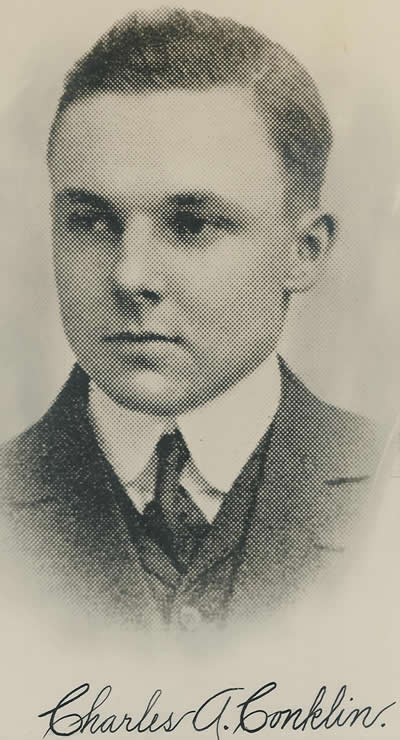 Charles Conklin was the first Grand Haven native to make the supreme sacrifice on the battlefields of France during World War I. While serving with the 160th United States Infantry, Conklin died from wounds received in action on May 7, 1918. The Grand Haven American Legion Post 28 is named after Charles A. Conklin.

In high school, Charles was prominent in athletics, particularly baseball, and took an active role in all school affairs. Upon graduation he enlisted in the Ohio National Guard at Cincinnati, where he was employed. He was the only son of Mr. and Mrs. Andrew Conklin.