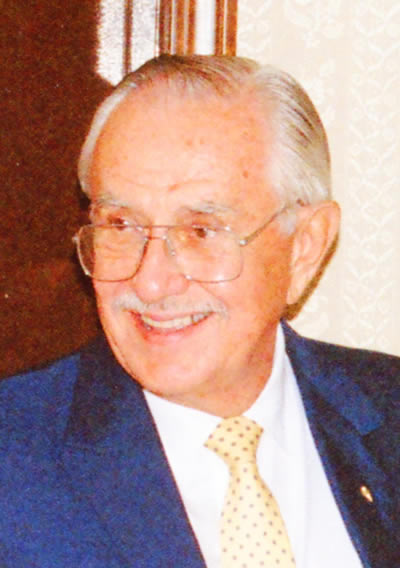 Christian Beukema is being honored posthumously. At GHHS, he was active in choral and drama groups, activities which would carry-over into college. He entered Michigan State College in 1936 and majored in civil engineering.  His senior year, he was selected by the University’s ROTC Officer Staff as Cadet Colonel, the highest honor in the program and was also selected as a member of Excalibur, an exclusive society limited to 13 students who gave the College at least three years of outstanding leadership.

Following graduation in 1941, Chris married a college classmate, Betty Robertson of Highland Park MI. He started his career in engineering and management with U.S. Steel Corporation in the Limestone Division. That same year, he was called to service in the U.S. Armed Forces and served several assignments, including the European Theater until 1945, attaining the rank of Major.

Christian then resumed his career with U.S. Steel as a construction engineer and advanced to Vice-President of Michigan Limestone in 1954. After several promotions, eventually to Vice President and General Manager of Raw Materials and Lake Shipping, he retired in 1979. In 1974, Christian was awarded an Honorary Doctor of Laws by Michigan State University and proclaimed a Distinguished Alumnus.