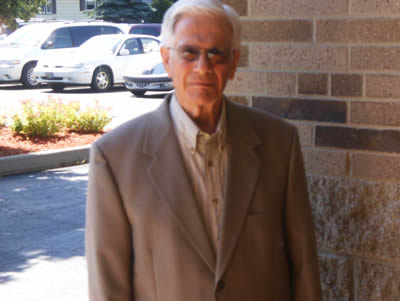 Don Constant graduated from Grand Haven’s Central High School in 1944 and served in the Army before enrolling in Western Michigan University and subsequently earning a Master’s Degree in 1951. He was a teacher of U.S. and World History in Grand Haven from 1951-1986.

Don coached football, basketball and tennis and was a line coach for the 1953 undefeated football team. He was the first GHHS coach of any sport to be inducted into the Michigan Coaches Hall of Fame in 2002.

Don lives in Grand Haven and remains a member of the Tri-Cities Historical Museum and is active in his church.