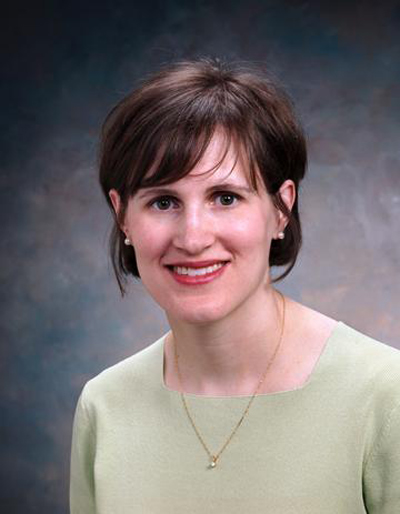 Dr. Kathryn (Katie) Alguire excelled in Science Olympiad at GHHS. She attended the Lyman Briggs School at Michigan State University where she was named Valedictorian and attained a Bachelor of Science degree. At MSU, she also attained her Medical Doctorate from the College of Human Medicine.

Katie continued with a residency at the University of Illinois at Chicago and there received Resident of the Year Awards. She specializes in Internal Medicine and Medical Oncology.

Currently, Dr. Alguire is an oncologist for the Cancer and Hematology Centers of West Michigan and Medical Director for the Johnson Family Cancer Center in Muskegon. She serves on several boards. Her friends and co-workers admire her for her integrity, sensitivity, and the respect she shows to everyone. She enjoys reading and music and has competed in triathlons. She resides with her family in Grand Haven.