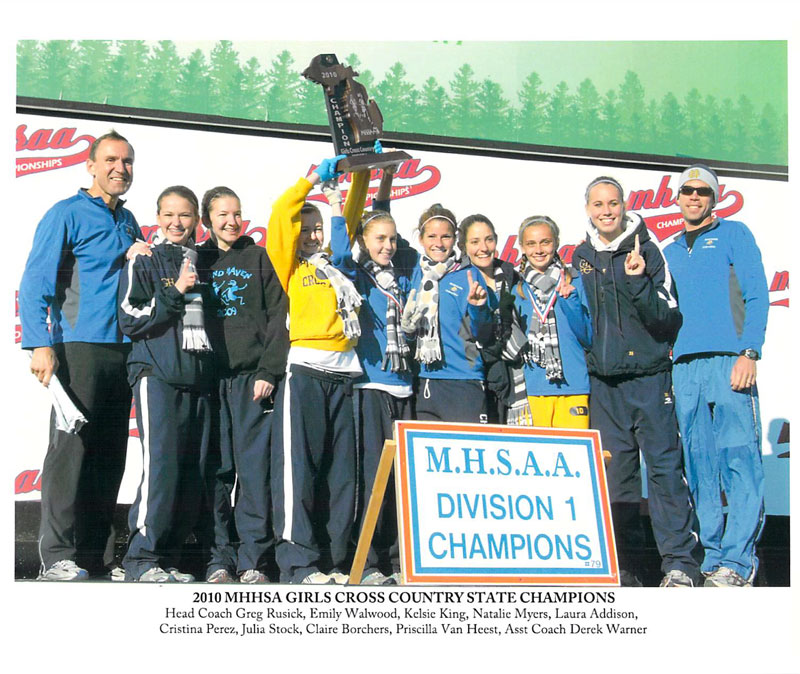 Led by head coach Greg Russick, this was the fastest girls team in the history of Grand Haven High School. During the regular season, they were undefeated in their dual meets and won every invitational, including the MSU Invitational, the West Ottawa Invitational and the Carson City Invitational. They were the conference champions and finished third in the region, before rallying to win the state championship. The varsity team ran the 5K course in the state meet with an average time of 18:40.

Coach Russick said, “Going out well was a trademark of this team.” They started quickly and intelligently, positioning themselves in races. He attributed their success to their natural talent and hard work. They trained year-round and set ambitious goals that were expressed clearly to one another. They were a close team that supported and pushed each other. Ultimately, they believed they could win – and they did.

Credit must also be given to Coach Russick for his part in training the girls to accomplish their individual goals. He was a fabulous coach and mentor who inspired runners to be their best, while giving all the credit for success to the athletes.