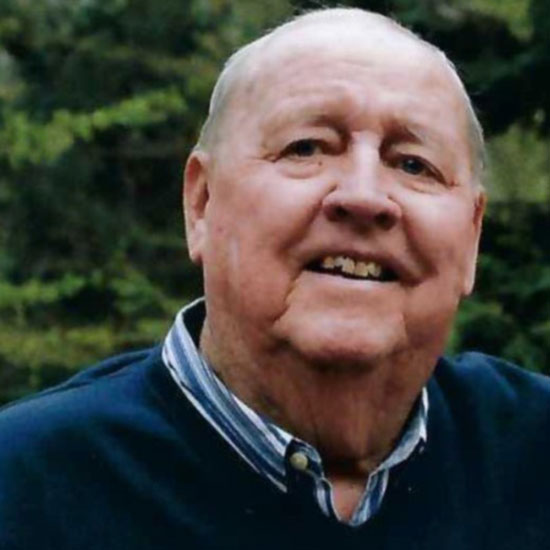 Jack VanSchelven’s voice is likely one of the most recognizable in the Grand Haven community. Over his 43 seasons of broadcasting for the Grand Haven Buccaneers sports teams, he has called over 400 football games, officiated high school track and cross country for 25 years, and devoted 33 years to broadcasting basketball games.

His passion for sports and his community began early, when Jack was a starting quarterback for the Buccaneers in 1951 and 1952. He went on to earn a bachelor’s degree and later his master’s degree in secondary education, leading him to a career with Orchard View High School. Jack served as a coach for varsity football, junior varsity basketball, and track. He eventually assumed the role of athletic director for the Orchard View school system.

His investment in his community parallels his commitment to sports. Jack has served with several Grand Haven organizations, including the People Center, North Ottawa Council on Aging, Young Life, and the Fellowship of Christian Athletes. He has served on the board of directors for the Tri-Cities Family YMCA and the Muskegon Area Hall of Fame.

In 1999, Jack retired from his career in education, but not from his great loves. He is still a devoted Grand Haven Buccaneer fan and loving husband to his wife, Barb, and caring father to their four children and five grandchildren.