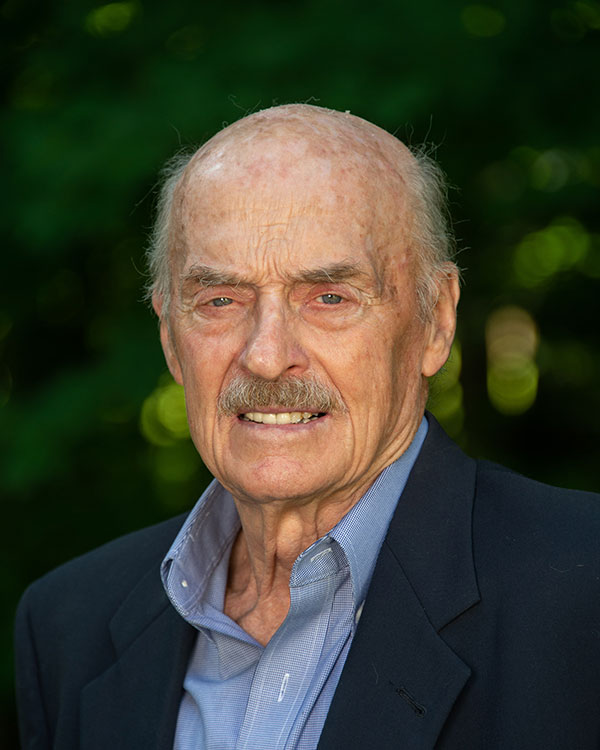 Sixty-five years after graduating from Grand Haven High School, Leon Stille continues to work tirelessly as an advocate for the Tri-Cities. His civic engagement and service to the community are remarkable, and he is the only GHHS graduate to be elected to the Michigan House of Representatives and Senate.

In high school, Leon was a varsity athlete in three sports, before earning his degree from Michigan State University. He became a teacher and coach in the Spring Lake school district, and continued his passion for youth athletics by officiating more than 1,000 MHSAA sporting contests in both basketball and football over 60 years.

His career in public service began in Ferrysburg, serving seven years as a city councilman followed by 10 years as mayor. In 1992, Leon was elected to the Michigan House of Representatives, and in 1994, he became a state senator for two terms. He chaired the Education Committee, where he rewrote the State School Code and passed the Uniform Building Code. Leon has also been recognized for his legislative work on land use and agriculture, particularly in the development of publicly accessible land. After completing his Senate terms, Leon served as Crockery Township supervisor for another 16 years.

During this time, Leon also secured $1 million to begin an Autism Resource Center at Grand Valley State University, which is now a nationally recognized statewide training program. He has been an active volunteer and prolific fundraiser in many organizations, too numerous to mention. Because of this dedication, Leon has earned much recognition for his service, including being named Legislator of the Year by several organizations.