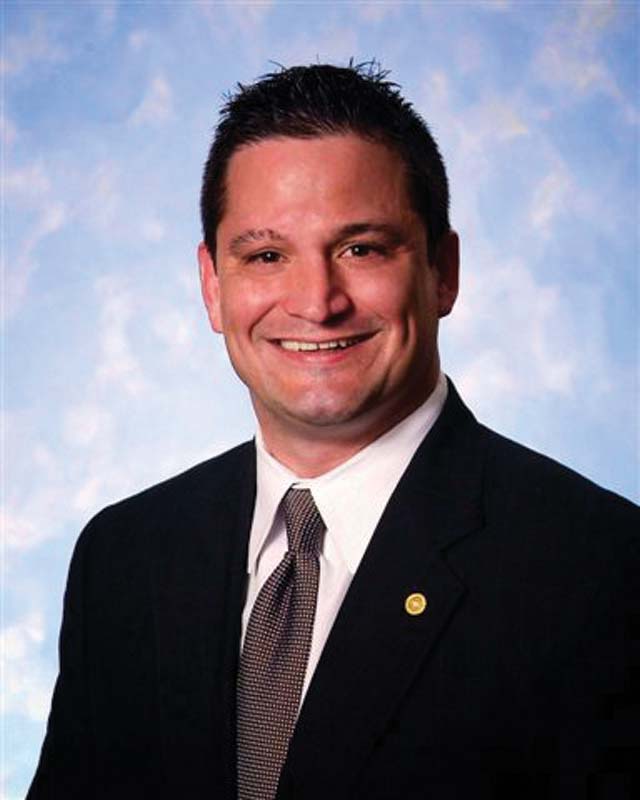 In life, and in death, Michael Young inspires.

The former Rockford City Manager, who died unexpectedly on January 27, 2016 had a passion for wrestling.

He compiled an 85-14 record over four years, a winning record which still stands as 7th overall at Grand Haven. His accomplishments led to an academic/athletic scholarship at Grand Valley State University while he earned his degree in Public Administration.

Michael went on to assist with the wrestling programs at Grand Haven and Rockford and his enthusiasm and leadership helped build those programs. He was an ambassador for kids, coaches, fans, parents and officials in the sport.

He was responsible for mentoring young men and women both in sports and his chosen profession and became one of the most accomplished and dedicated wrestling referees in the State of Michigan. His selection to referee in several state tournaments is a testament to his professionalism in the sport.

He mentored many high school wrestling programs and inspired hundreds of children through programs such as the GHHS Adam Provencal Invitational and the Rockford Wrestling Club that teaches children as young as 5 years old.

Young also inspired adults. His 20-year tenure as City Manager of Rockford resulted in numerous new initiatives that made that city a better place to live.

As a husband and father, he passed along his love and passion of being the best that you can be and lived by the credo, “Do only what you believe in, and do that thing with absolute dedication and conviction.”