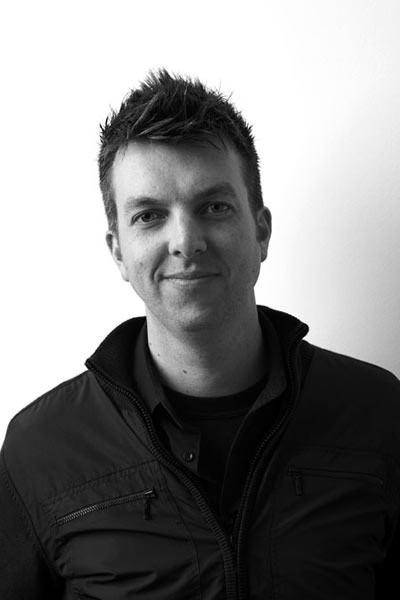 Industrial designer Joey Ruiter is a 2000 graduate of the Kendall College of Art and Design, and in 2005 he established JRuiter + Studio, a design firm providing its clients everything from product concept to prototyping and manufacturing.

The winner of many prestigious design awards in a variety of industries worldwide, Joey also owns more than two dozen patents and has been featured in national media including Popular Science, Metropolis, and the show Geek-Week on the Discovery Channel. His recent project, “Inner City Bike,” has been featured online, published around the world, and on The Doctors TV show.

In June 2012, the Grand Rapids resident won several awards at the office furniture industry’s premier event—the annual NeoCon show in Chicago–including a Gold for  izzy+, a Gold for Nucraft, and the Best of NeoCon Award for Nucraft.

His signature is design that meets everyday needs in surprising ways, pushing the limits of manufacturing and confronting established expectations while being environmentally sustainable.