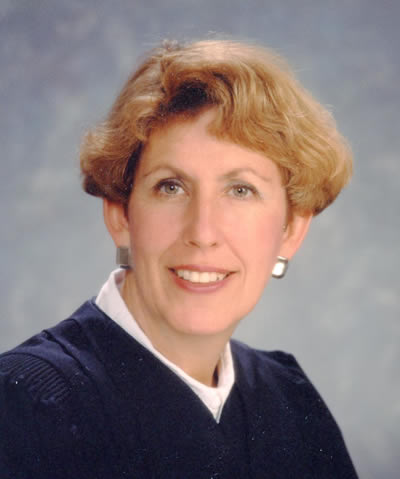 Susan was a high school teacher for eleven years before attending law school. After graduation, she worked for Scholten Fant in Grand Haven, specializing in estate planning, family and municipal law. In 1990, she joined the Ottawa County Prosecutor’s Office where she was assigned child victims cases.

In 1993, Susan was appointed to the 58th District Court as Ottawa County’s first and only female judge. She has been re-elected to this position four times and served as Chief Judge for 14 years.

In the community, Susan Jonas has served as a trustee of the Grand Haven Area Community Foundation. She has also served as a board member on the League of Women Voters, Community Corrections, and Lakeshore Alliance Against Sexual and Domestic Violence. In 2002, she was selected as Counterpart’s “Woman of the Year.”

She lives in Ferrysburg with her husband and enjoys watching sporting events, gardening and visiting her new granddaughter.